Now for the next finger on my paper hand of planning…

So my next finger is how to design a computer. For starters a good resource helps.  For example, (and the only example) PcPartPicker. What this website will do is it will check the parts you pick out for compatibility, list the part prices as well as calculate them for you for a total cost, and even give you the lowest price for the part you wish to buy. This part of my finger isn’t something you can research, it is something you learn by simply doing it, so for my P-Day Presentation I am going to make a video (probably) of me actually designing a computer. For my P-Day presentation I think for my intro I might try talking in Binary (you know… 10010111001001). 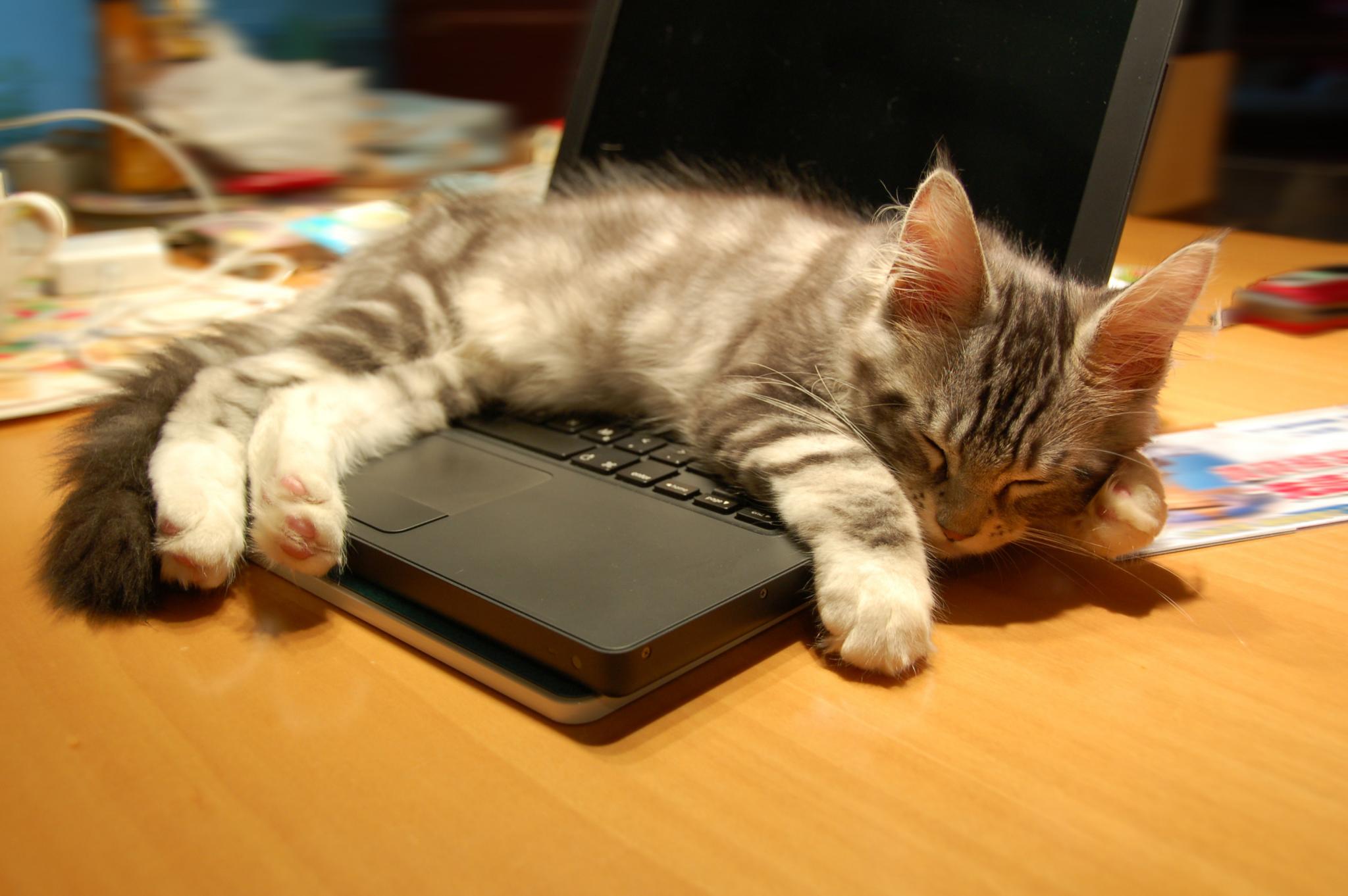 So my next reflection post I will be doing is on CPU’s, (central processing unit). When it comes to CPU’s  there are 2 brands, Intel and AMD, (hey AMD sounds familiar…). Intel CPU’s have better single-core performance, but are more expensive than AMD CPU’s. When gaming, Intel CPU’s tend to be better. AMD CPU’s have more CPU cores and are less expensive, making them better for budget builds. There are also types of CPU’s; Server, Workstation, Gaming, and General Computing. A good server+workstation CPU has a lot of cores, is able to run 24/7, supports ECC RAM, and is reliable. Given the needs for a good server+workstation CPU, Intel’s Xeon line of CPU’s would be a better choice. Xeon CPU’s are meant to be server+workstation CPU’s. A gaming CPU has less cores, but faster single-core performance. A good CPU for general-computing could either be a AMD or Intel CPU. Personally for a general-computing CPU I would go with a AMD FX-6300 (costs 92$), a Intel Pentium (costs$ 70), or a Intel i3 (costs $100). Now on a personal note the next computer I will hopefully be building will have a Intel Xeon E3. Here’s a link to the complete build if you want to see it http://pcpartpicker.com/p/ZBfLxr

So to start “reflecting” on what I did to prepare for June 16  I decided to start with Graphic Cards or GPU’s. To start my research I looked at the two brands of GPU’s, AMD and Nvidia. Then I looked at the individual GPU’s and names of  the GPU series. Then after some more in depth research into graphic card performances, I proceeded to really get into the nitty-gritty of GPU’s. For example Nvidia GPU’s use CUDA while AMD GPU’s use CAL. Also while researching I found that most games perform better on a Nvidia GPU because of a setting on a Nvidia GPU that enhances 3D capabilities. While Nvidia GPU’s perform better than an AMD GPU, they are more money, which makes an AMD GPU better for someone on a tight budget. Also both companies have professional versions of their cards. The professional version of a AMD GPU is called a FirePro card, and the Nvidia version of a professional card is called a Quadro. The Quadro’s use Maxwell architecture while FirePro’s use an architecture called Tahti. So this this was some of my research about GPU’s. 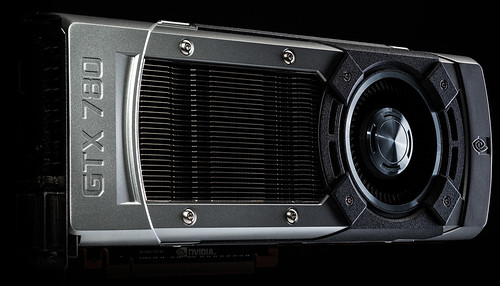 You will soon see why this will be a long post…

For this P – Day post I will be doing something different! For this post I will be explaining a computer I am building for my grandma. This is why it’s gonna be a long post, so sit back, relax, and read on!

CPU- For this build I didn’t use a CPU, instead I used something called a APU, (advanced processing unit). Although originally I was going to use a Intel Pentium, it lacked good integrated graphics and I would have needed to put in a GPU which was a little out of what my grandma wanted to spend, plus I wasn’t comfortable only having 2 cores. So since I needed good, but affordable graphics, and more cores, I went with a AMD A10 APU, more specifically an AMD A10 5800k. Although this is the cheapest of the AMD A10 APU series, the A10 series from AMD is their top of the line APU’s. This APU comes with 4 cores, Radeon HD 7660D graphics, and has a stock clock of 3.8 6GHz. This should handle anything it will be used for unless my grandma is a secret hardcore gamer.

Motherboard- Asus currently makes the most reliable motherboards on the market and this is makes their motherboards perfect for this build. Now the motherboard I got doesn’t have a lot of bells and whistles like some do,( most of which people never use), which is good for my grandma. Having USB 3.0 is a huge advantage since it is faster then USB 2.0, other than that this is a pretty standard motherboard.

RAM- RAM stands for random access memory. For this build I went with a 2×2 kit of DDR3 1866, RAM. The 2×2 part means that each stick of RAM has 2GB of RAM, and there are 2 sticks of RAM. In total there is 4GB of RAM. The DDR3 part is simply referring to the type of RAM, and the 1866 part is referring to its rated clock speed.

Storage- Most computers use a storage unit called a Hard Drive or HDD. For this build though we used a SSD which is similar to a HDD, except faster. This SSD has 128GB of memory and is made by SanDisk. Nothin’ special really.

Case- It’s a case not much to say.

PSU- PSU stands for power supply unit. This PSU is made by Corsair and has a 80+ Bronze certification. This means that this is a high quality and power efficient PSU.

If you thought any of this was interesting I have another one I did here that is very similar.

The topic that I will focus on is Computer’s. I want to do this topic because I really enjoy learning about computers and even building them. I think this topic can keep me interested because there is so much to learn/do with computers. There are still topics I haven’t even heard of! For example a topic I haven’t done anything with is Super Computers. I am going to demonstrate what I know about computers is by either building a computer live, (still working on if that will be possible), or a video of me building  a computer.

EDIT: This topic will sustain me because with topics like super computers, each computer is personalized for it’s intended use. For example the super computer named Titian was built for the purpose of just being the worlds fastest computer. 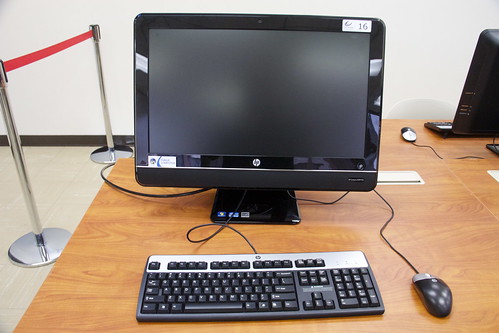 Well on March 28, 2015, I built my computer. It’s pretty nice if I do say so myself. This week I researched super computers, and it was interesting. I still don’t know for sure what I am going to present, but I do know that it will have something to do with computers. If I was going to break my presentation up into 3 parts I would start out with general stuff about computers, then go into stuff about CPU’s (Central Processing Unit) and GPU’s (Graphics Processing Unit), then finish with super computers. I might also do a step by step presentation about of to build a computer. I might make a video of me actually building a computer or either. Did you know that the computer was invented for calculation, not for breaking the German Codes during WW2 like I thought. I think I could connect this to the Social Studies Unit because the first Mechanical Computer was invented in Europe.

Here is a picture of the inside of my new computer.

This is my image not a CC one

Here is the video that I used to help me build it. This is also one of my sources.

2-Way CrossFire and SLI do the same thing

What Will You Research Next

Video Cards. I will probably research the difference between Nvidia and AMD video cards. Also I think I will research which is better as a value card.

My progress so far has been pretty good. I have researched Video Cards, Computers, Computer Parts. Also I have looked at what 2-Way CrossFire is.

The Razer Ouroboros mouse was named after a dragon that eats its own tail.

Why is the Razer DeathAdder the most popular gaming mouse?

I am still researching computers and computer parts. My research was going onto sites like Youtube and watching tutorials on how to build computers.   Something new that I learned is that if a power supply has an 80 Plus sticker on it, that it means that the power supply is very efficient. My plan for next week is to continue researching about building computers.  One question that I have after watching some videos on how to build a computer is, “Why choose a liquid-cooling system over a mineral-oil cooling system when it is better?”  For sources I used YouTube, PcPartPicker, and Newegg. The most credible source that I used is Youtube because the tutorials on how to build a computer where all by people who where professionals with a degree on computer science. I might use a model of a computer to present.

Welcome to your brand new blog!

This is a sidebar and can be changed in Widgets in your dashboard.

You can also modify number of sidebars in theme options!